Dirt: Secrets in the Soil 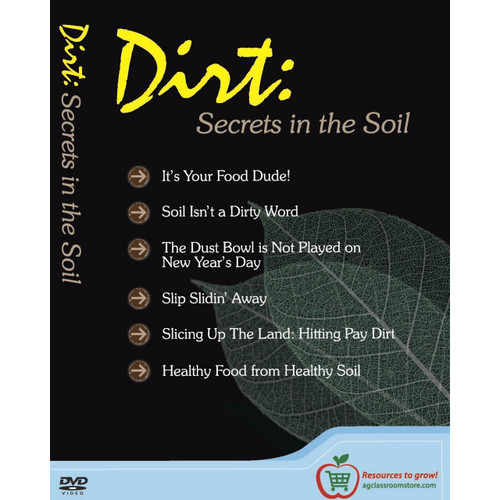 Dirt: Secrets in the Soil

Designed specifically for Utah fourth-grade students, this DVD contains a six-segment program that brings the fundamental lessons of soil science from the countryside to the classroom in a way that is sure to keep students entertained and motivated. The DVD includes segments on soil texturing, soil layers, and a mini-documentary on Utah's Dust Bowl, which occurred about the same time as the Dust Bowl of the Great Plains. This segment is narrated by KUTV's Michelle King, who interviews several Grantsville, Utah residents who personally experienced what's been called "the nation's worst environmental disaster of the 20th century."

View lessons associated with Dirt: Secrets in the Soil.

Farming in a Glove