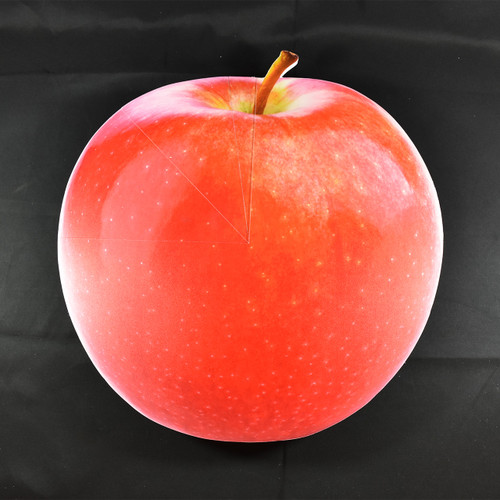 Availability:
in stock
Some assembly required:
Model ships without the handle attached.

Imagine the Earth as an apple. Use this large, 18"X 18" apple model to demonstrate the distribution of the Earth's water and land resources. The model is two layers of durable styrene board with a handle on the back of the bottom layer. The top layer is cut into sections and held to the bottom layer by magnets. Remove the top layer of the apple to reveal the image underneath.

Use the following narrative with the Apple Land Use Model to demonstrate the how the distribution of Earth's water and land resources affects food production.

Some assembly required. The model ships without the handle attached.

The apple model is a great companion resource for lessons found on the National Agricultural Literacy Curriculum Matrix.

Farming in a Glove